Science Story – What is Peripheral Defocus?

The back-story of this film begins in the 1970s when, while researching eye movement in birds, it was ‘accidentally’ discovered that putting a translucent cover (allowing light but no defined image) over an eye caused it to grow longer.

Later experiments using concave and convex lenses showed that, depending on where the light fell onto different areas of the retina, the eye could be directed to grow or not to grow.

This discovery, dubbed Peripheral Defocus, is the basis for many innovations that followed, albeit many years later. 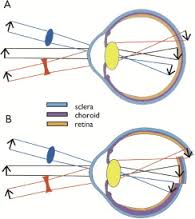 Following on this idea, bi-focal and special multi-focal eyeglasses lenses were developed as optical therapies to slow eye growth in children, but neither really worked very well because it is challenging to get kids to sit with perfect posture and read through a specific region of their spectacles.

This particular complication led to interesting physiological discoveries. When looking through eyeglass lenses, our eyes move around and are not fixed on a single part of the lens. Moreover, the ‘Peripheral defocus’ theory holds that, while single-focus lenses (traditionally prescribed for myopia) direct incoming light to land correctly at the back of the retina, these lenses also cause some incoming light to extend beyond the retina in the peripheral areas. This activity in the outer edge of the retina is a possible ‘trigger’ telling the eye to grow longer.

This may, at least in part, explain, why billions of young myopes fitted with single-focus spectacles or contact lenses require stronger and stronger prescriptions with each annual visit to the eye doctor: Are the lenses themselves encouraging eye growth? 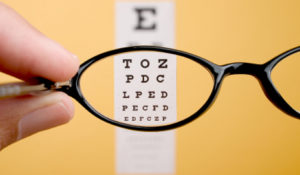 Mulling over how to tackle this challenge, about 15 years ago, a California optometrist started thinking about how multi-focal contact lenses (initially developed for aging adults who need extra eyeglasses to read), might be used to ‘control’ where incoming light falls on different areas of the retina.

However, this would necessitate smaller, child-sized contact lenses. The first viable multi-focal contact lenses for children were created in New Zealand, and numerous studies showed that the rate of eye growth could be considerably reduced, sometimes up to 60%. 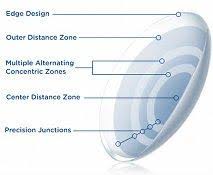 The American FDA recently announced its approval for the use of these multi-focal contact lenses for ‘myopia management’ treatment.

Orthokeratology, a contact lens worn at night to reshape the cornea also shows good results in controlling eye elongation in children, and the magic as to how these lenses use peripheral defocus to slow myopia will be featured in our film.

But many parents prefer that their young children wear eyeglasses, even if traditional single-focus spectacle lenses may be causing  their child’s myopia to become worse… 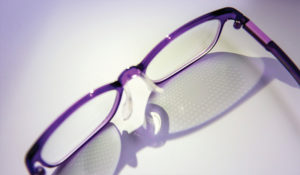 With more and more the new innovative designs in both spectacle and contact lenses for myopia management, there’s greater hope to better control eye elongation in children and adolescents – keeping them safe from blinding eye diseases associated with myopia.